About the exhibition "David Hockney: INSIGHTS Reflecting the Tate Collection" on view in Vienna until 19 June.

Talking about an exhibition to make you want to go and see another one, it was a daring move, but it works! By publishing in French and English his article published in Dutch last November in the magazine Hart, the contemporary art magazine Art Press has entrusted the excellent Jeroen Laureyns, art critic, professor and researcher in contemporary art, with the task of telling us about David Hockney in its April issue, based on the major double exhibition held at Bozar Brussels until 23 January. Just to make our mouths water enough to want to rush off to Vienna before 19 June, when the Kunstforum presents 'David Hockney: INSIGHTS Reflecting the Tate Collection'.

And there is a lot of desire in the work of the British painter born in 1937 in Bradford, a major figure of Pop Art in the 1960s, who has now settled in Normandy, and to whom the Musée de l'Orangerie recently devoted an exhibition in Paris presenting his iPad images of the cycle of seasons. A desire to return to nature, but also an erotic desire that he manages to arouse even in a heterosexual viewer like Jeroen Laureyns, who never tires of marvelling at it. As he confesses at the beginning of his article: for a long time David Hockney's work seemed superficial and childish to him. Reproductions, documentaries and the craze for his 2001 book "The Secret Knowledge" left him deeply sceptical. 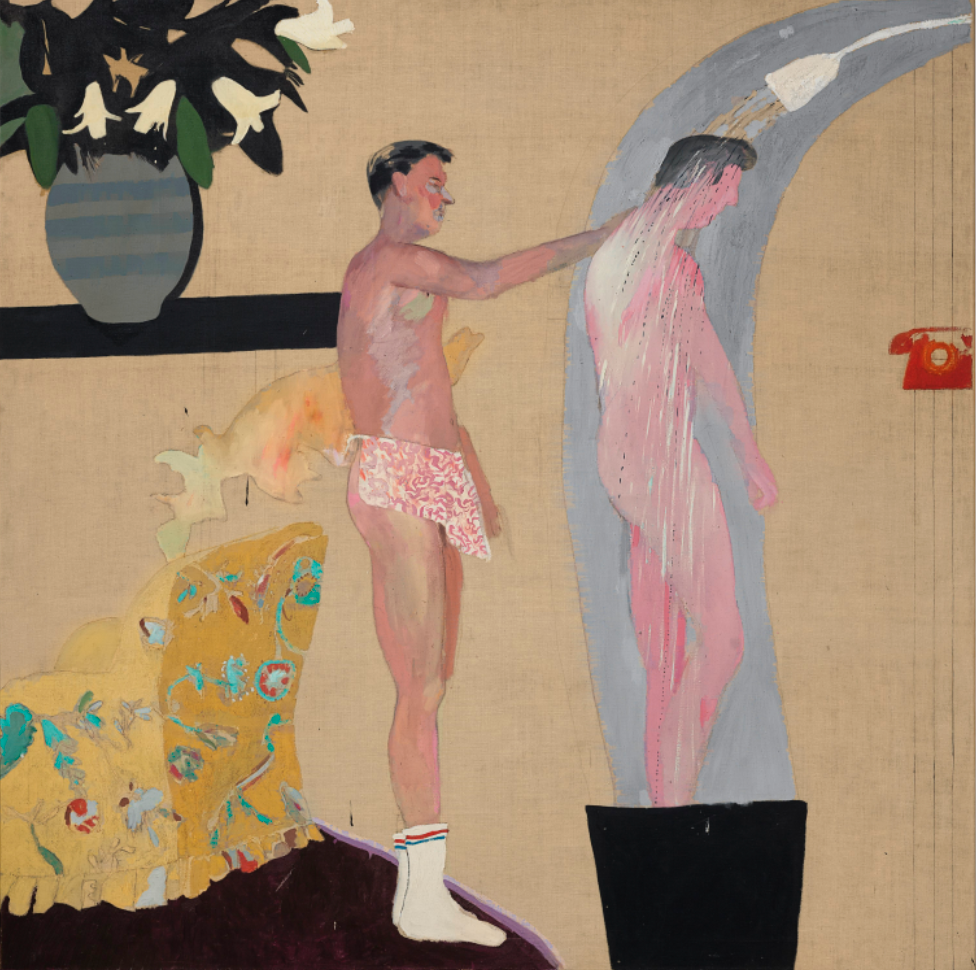 Until the fog lifted for him at the sight of the famous painting 'Domestic Scene, Los Angeles', which David Hockney painted in 1963 and which Jeroen Laureyns discovered in 2017 at the Tate Britain. "Seeing with my own eyes the unprepared canvas on which Hockney had painted his two figures, in the tradition of Francis Bacon, I finally understood the importance of this artist." For in a masterful and clear way, this pioneer had dared to openly proclaim his love for the male body at a time when homosexuality was prohibited and socially proscribed, when police raids led to prosecutions and convictions in Britain. And Jeroen Laureyns regrets that the historical importance of this gesture has not been particularly emphasised at Bozar Brussels. Although the exhibition, which was composed of works from the permanent collection of the Tate Britain, did of course deal extensively with 'the artist's homoerotic peaks and his propensity to openly represent homosexuality in his paintings and engravings', there were no fountains squirting on the green lawns and no boys sleeping with their bums in the air.

The painter who has been exploring the media of painting, drawing and graphics for more than 60 years cannot be reduced to his famous "pools". When you look straight into them, the light and enigmatic psychology emanating from paintings such as "Mr. and Mrs. Clark and Percy" or "My Parents", which can be seen today in the first complete retrospective devoted to the British painter in Austria, cannot fail to leave one indifferent. Yes, David Hockney's works are disturbing. So they are not superficial. Always on the edge of figuration and abstraction, the artist has not allowed himself to be confined to any one style. He has never limited himself. Even if he is often described as hedonistic, figurative or expressionist, or even lyrical, because one must try to describe things. And while some may have mocked his return to landscape painting, finding his affectionate view of the beauty of nature old-fashioned or even naïve, this was without taking into account the power of the new wind blowing through painting in the face of the challenges of climate change, carried by a whole new generation of painters such as Ben Sledsens, Bram Demunter, Koyuki Kazahaya, Jan De Cock or Brecht Koelman. In painting, at least, nature is reclaiming its rights.